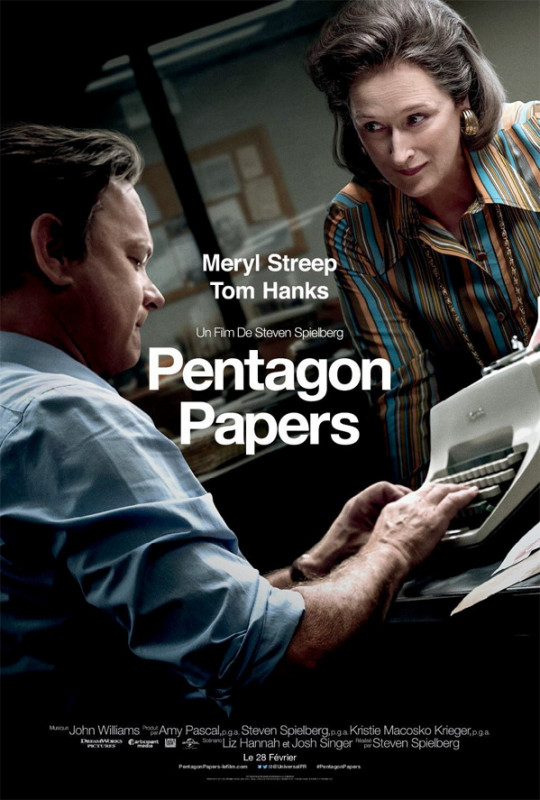 Steven Spielberg’s late awards season arrival The Post made waves on Tuesday (November 28) as the National Board Of Review honoured the Fox drama with prizes for best film and best acting awards for Meryl Streep and Tom Hanks.

Hanks and Streep star as Washington Post executive editor Ben Bradlee and publisher Kay Graham who take on the US government in their fight to publish the leaked Pentagon Papers in 1971 that exposed hitherto secret government activities in Vietnam.

And in another notable triumph for an anticipated feature that is starting to screen for the industry, Paul Thomas Anderson won best original screenplay for Phantom Thread (Focus Features). First-timer Great Gerwig was named best director for Lady Bird, while that film’s Laurie Metcalf earned best supporting actress and, in another accolade for independent cinema, Willem Dafoe won best supporting actor for The Florida Project. A24 distributes both films in the US.

Call Me By Your Name (SPC) star Timothée Chalamet earned the best breakthrough performance prize, following up on his Gothams breakthrough actor award on Monday night. Get Out (Universal) won two awards: directorial debut for Jordan Peele and best ensemble. The news caps a fine couple of days for Peele too, who was declared winner of the Bingham Ray Breakthrough Director Award at the Gothams.

Full list of National Board Of Review 2017 award recipients:

Breakthrough Performance: Timothée Chalamet, Call Me By Your Name

Best Ensemble: Get Out

NBR Freedom of Expression Award: First They Killed My Father

Call Me By Your Name

Hell On Earth: The Fall Of Syria And The Rise Of Isis

Norman: The Moderate Rise And Tragic Fall Of A New York Fixer

GHADI: A TIMELESS TALE OF LOVE, HOPE & FAITH
This entry was posted in News. Bookmark the permalink.