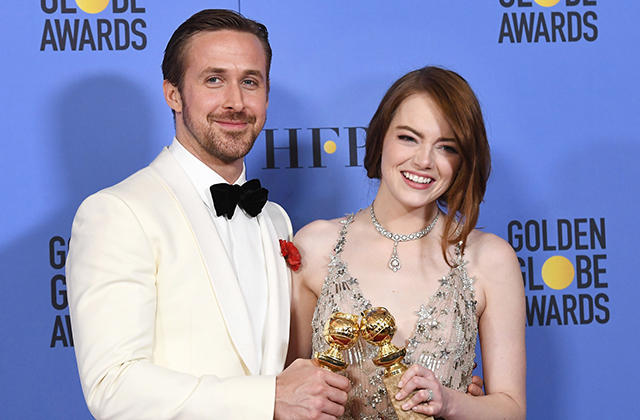 Outside of Meryl Streep’s heartfelt and socially conscious Cecil B. DeMille Award acceptance speech, the 74th Golden Globe Awards show was pretty low-key — but there were still a handful of notable moments. Here are a few.

Jimmy Fallon had a Mariah Carey moment. When the host took the stage after an elaborate cold open, he came face to face with technical difficulties: The teleprompter wasn’t working. He vamped, a new monitor was brought out and — after the commercial break — he said he’d just chatted with the diva, and she suspected Dick Clark Productions had sabotaged his monologue.

Jon Hamm said what everyone was thinking. “I’m really looking forward to the documentary they’re going to make about this year’s Golden Globes, entitled ‘Beard Parade 2017: Thank You for Shaving.” Hamm’s brothers in facial hair included Casey Affleck, Bryan Cranston, Chris Pine and, well, a parade of other bearded men.

Viola Davis competed for best performance by a presenter. The “Fences” actress summoned all the drama of a monologue by Shakespeare in her four-minute-plus introduction of Meryl Streep. She called her colleague “an observer and a thief” and mixed in recipes for apple pie and collard greens.

Matt Damon said what everyone was thinking. He explained that he was handing out the Globe for performance by an actress in a motion picture, musical or comedy, because he’d won in the male version of the same musical-or-comedy category last year, for “The Martian.” “That fact alone,” he said, “is funnier, literally, than anything in ‘The Martian.’”

Ryan Gosling almost talked about his personal life. The notoriously private dreamboat took time to thank Eva Mendes for holding down the fort at home while he went and had a great time doing “La La Land.” He even mentioned their daughters’ names.

Michael Keaton said what nobody was thinking, Following in the footsteps of red-carpet interviewer Jenna Bush Hager, who talked to Pharrell Williams about his work on “Hidden Fences,” Keaton also referred to the story of three African American women who worked for NASA as “Hidden Fences.” Social media had a field day with the gaffes, eventually conflating the titles of black movies under the #hiddenfences hashtag. The film in question was “Hidden Figures.” “Fences,” starring Davis and Denzel Washington, is another movie entirely.

Brad Pitt showed his face. The “Moonlight” executive producer, who’s been off the radar since his contentious split from Angelina Jolie made headlines in September, got an extra-strength round of applause from his peers in the audience when he introduced clips for his film. “Moonlight” ultimately won the Globe for best motion picture, drama.

And Pitt? He looked good .

Be sure to check back later for our highs and lows of the night. See the full winners list below:

Casey Affleck, Manchester by the Sea

THE WOLF OF WALL STREET GETS CHOPPED BY 45 MINUTES IN UAE
This entry was posted in News. Bookmark the permalink.