A Lebanese village gets touched by an angel in this fanciful socio-comedy film. Ghadi is the debut feature from director Amin Dora and writer Georges Khabbaz and the official selection of Lebanon at the Academy Awards.

In a small Lebanese costal village, growing fear by the neighbors towards Ghadi, a young special needs boy in their midst forces his father Leba, the town’s only music teacher to concoct a crazy scheme to convince his fellow townspeople that his son is not the “demon” they fear but rather an angel who holds all the answers to their problems. 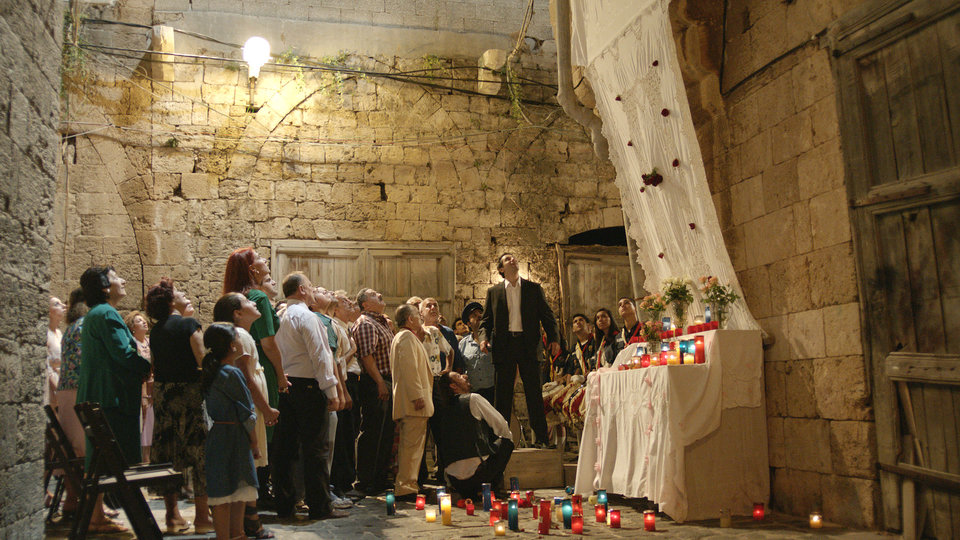 “Dora and Khabbaz have delivered a sly and absorbing comedy whose particular resonance for Arab viewers never undercuts its essential appeal to a potentially broad array of audiences.” – Variety

Ghadi is a timeless tale of love, hope & faith. A MUST SEE MOVIE FOR THE WHOLE FAMILY! Showing February 19th, exclusively @ VOX Cinemas.

METRO MANILA IS SCENE CLUB’S FIRST OFFERING OF 2014
This entry was posted in Cinescape, Guide, News. Bookmark the permalink.