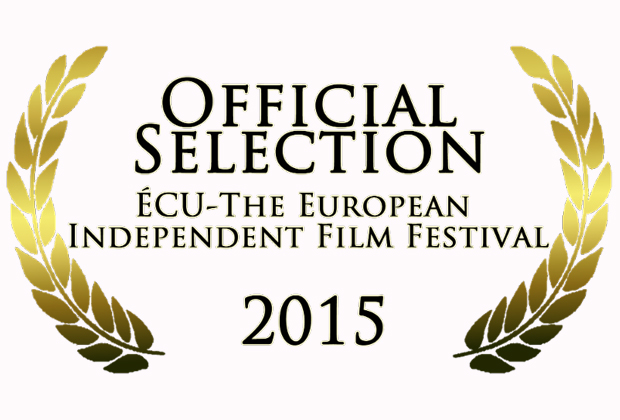 PARIS, FRANCE. ÉCU – The European Independent Film Festival announces its’ Official Selection for the tenth edition of the festival which will take place on the 10th, 11th and 12th of April 2015 in Paris, France.

ÉCU 2015 will showcase 84 films from 32 countries ranging from features, shorts, documentaries, animated and student films to experimental works. ÉCU’s Official Selection represents the very best independent filmmaking talents from the world. Filmmakers will be competing in 12 categories for 22 awards, including the prestigious title of ‘Best European Independent Film 2015′. In addition, ÉCU will again present a special section competing for the Ahmed Khedr Award for Excellence in Arab Filmmaking.

Some highlights from the ÉCU 2015 Official Selection are:

KILLING MY GIRL (United Kingdom) directed by Tasos Giapoutzis. A heart-wrenching, memory-searing film of a young Muslim girl forced to abort against her will.

AMBITION (Poland) directed by Tomek Bagiński. Starring Aidan Gillen (GAME OF THRONES). On a remote planet a Master watches his Apprentice carry out tests with nanotechnology as she tries to prove herself worthy of advancement.

8 SPIDERS (Mexico) directed by Daniel Lecanda. Everyone in the world will swallow 8 spiders in their lives. Not in this film. An arachnophobe will trade sex with a woman if she swallows his spiders instead.

THE BIGGER PICTURE (United Kingdom) directed by Daisy Jacobs. A BAFTA-winning animated film. This is a stark and darkly humorous tale of two brothers struggling to care for their elderly mother.

PSEUDONYM (France) directed by Thierry Sebban. Alex is a divorced father, a stressed partner, and all he does is work. But tonight he has a virtual meeting with a young woman and this encounter will plunge into a downward spiral and disrupt his life forever.

“This is our 10th year of discovering and projecting the best indie films from around the world. ÉCU 2015′s Official Selection completely epitomises our mantra of promoting independence in spirit, creativeness and sheer cinematic entertainment.” says Scott Hillier, Oscar-honoured filmmaker and ÉCU’s founder.” We continue our tradition of being a true filmmakers’ festival, where directors are encouraged to develop their unique voices in a creative, welcoming and stimulating environment.”

As well as the film screenings, festival attendees will have the opportunity to participate in an array of workshops, such as scriptwriting, editing and directing, as well as the ‘Meet-the-Directors’ discussions. There is also a full program of live music hosted by ÉCU’s partner Access Film Music.

As a result of ÉCU’s commitment to the discovery, promotion and projection of independent films, it is often referred to as the European equivalent of the Sundance Film Festival. The European Independent Film Festival will take place on the 10th, 11th and 12th of April 2015 at the Cinema Les 7 Parnassiens, 75014 Paris. For more information and a full list of the 2015 Official Selection, go to www.ecufilmfestival.com.

GHADI: A TIMELESS TALE OF LOVE, HOPE & FAITH
This entry was posted in Cinescape, Guide, News. Bookmark the permalink.