Back in 2009, Samuel L. Jackson made headlines when he signed an unprecedented deal with Marvel Studios that would see him play the role of S.H.I.E.L.D. Director Nicholas J. Fury in not one, not two but nine different movies. It was a pretty big surprise at the time, but it turns out that Jackson wasn’t the only actor Marvel signed a nine picture deal with. Sebastian Stan is in that exclusive club as well. 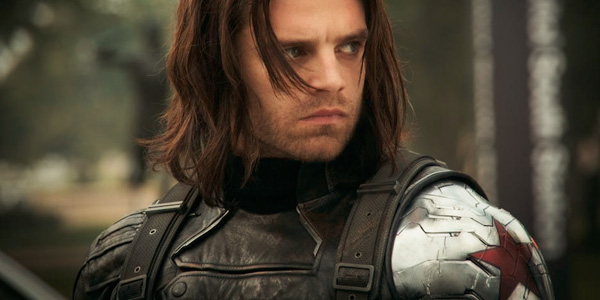 Bucky was originally introduced as Captain America’s sidekick during World War II and then was brought back to life as The Winter Soldier in 2005, but his most memorable big change after that was to actually become the second Captain America after Steve Rogers’ death. Whether or not this will ever actually come to pass is a big question mark for not only the audience, but for Stan as well. Asked about a potential future as the Captain himself, the actor replied, “I don’t know! They don’t tell me anything. That’s just the truth.”

Watch him in action in the trailer below:

ARE WE SEEING A BATTLE OF SUPERHEROES IN MAY 2016?

CAPTAIN AMERICA IS UNDER FIRE IN THE LATEST WINTER SOLDIER POSTER

RUMOR SAYS PAUL BETTANY IS PLAYING VISION IN THE AVENGERS: AGE OF ULTRON
This entry was posted in News. Bookmark the permalink.